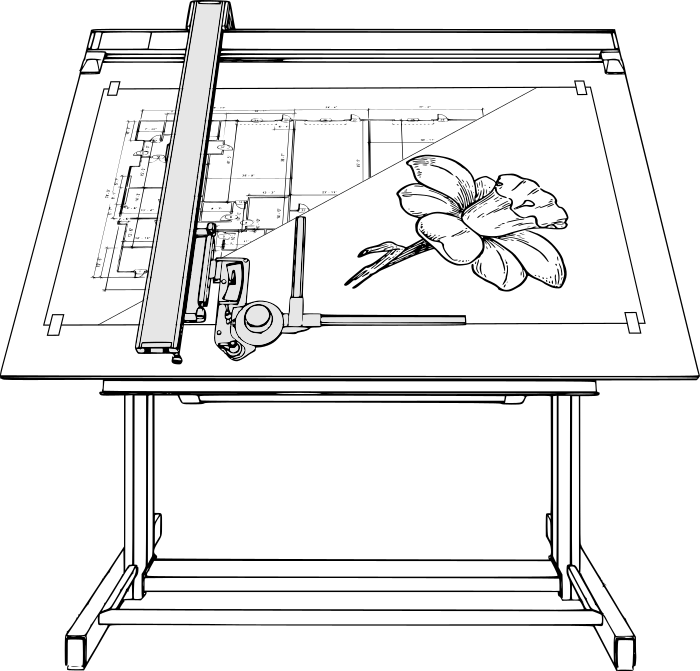 CAD stands for “Computer Aided Design” but should really be “Computer Aided Drawing” because computers were not providing any great aid to the design until recent times. Most of the CAD systems are merely digitised drawing boards. Instead of drawing lines on a paper, CAD systems allow designers to draw on a computer. It is much easier to erase a wrong line and you can print as many copies as you like. That itself saves a lot of time. But none of that is helping with the design. It is just helping with the drawing aspect. CAD doesn’t care if you are drawing skyscraper or a blooming daffodil. Computers were not to blame as they became powerful beasts over time. But we were not giving them enough information to help us. In other words, computers could hardly help us to design buildings when we only gave them colours, lines and hatching styles.

This has changed with the arrival of Building Information Modelling (BIM). After so many years of using computers, we finally gave them more information to help us. We told them that we are designing buildings, not just drawing daffodils. We told them that buildings consist of walls, windows, doors, pipes, wires, sockets, chairs, tables and sofas. We told them how spaces in buildings are intended to be used and how they are connected to form the topology of the design. And computers got excited: “Now we know what all this is about!”. They can help us to find collisions in our designs, because they know where things are and more importantly, what they are. They learned that if a big pipe is going through thick cast concrete wall, there must be a hole cast in the form otherwise we will have expensive errors on site.

Computers are learning increasingly more about buildings, finally helping us with the design, and not just the drawing. But there are still some areas where computers don’t help us as much as we would like. One of them is the communication aspect of our work. We create a great model of the building, effectively materialising our design intentions. We load the model with all the useful data. And now, we want to talk about it with somebody else. At this point, most  people export their drawings and even schedules to PDF, which is not much more than an enhanced version of the paper. We want to create a message, so we open our mailbox (invented 1971) and start typing and referencing PDFs, which are too large to be sent as an attachment. At this point computers go: “Oh, damn! I thought I knew what all this was about, but now I’m lost again. Last thing I knew was that there were important views of the building from various angles and viewpoints and that there were important schedules full of useful data. But since they exported that and cut the connections I’m lost again. I’ve no idea how to help them.”

Email is a great and very inclusive tool. You can use it to send anything. But when you have highly structured content you want to share, it isn’t particularly great. That is why at xbim we created Flex Comms. It makes the leap from design into communication without the loss of context, while using the well understood email paradigm. Everybody can benefit from all the effort which has already gone into the design. Structured data stays structured, views, plans and sections stay in the context of a 3D model and data stays connected to various aspects and features of the building. And computers can help us again, which makes them much happier. We also call this BIM Enhanced Mail (BEM) to add one more useful TLA to your BIM dictionary. 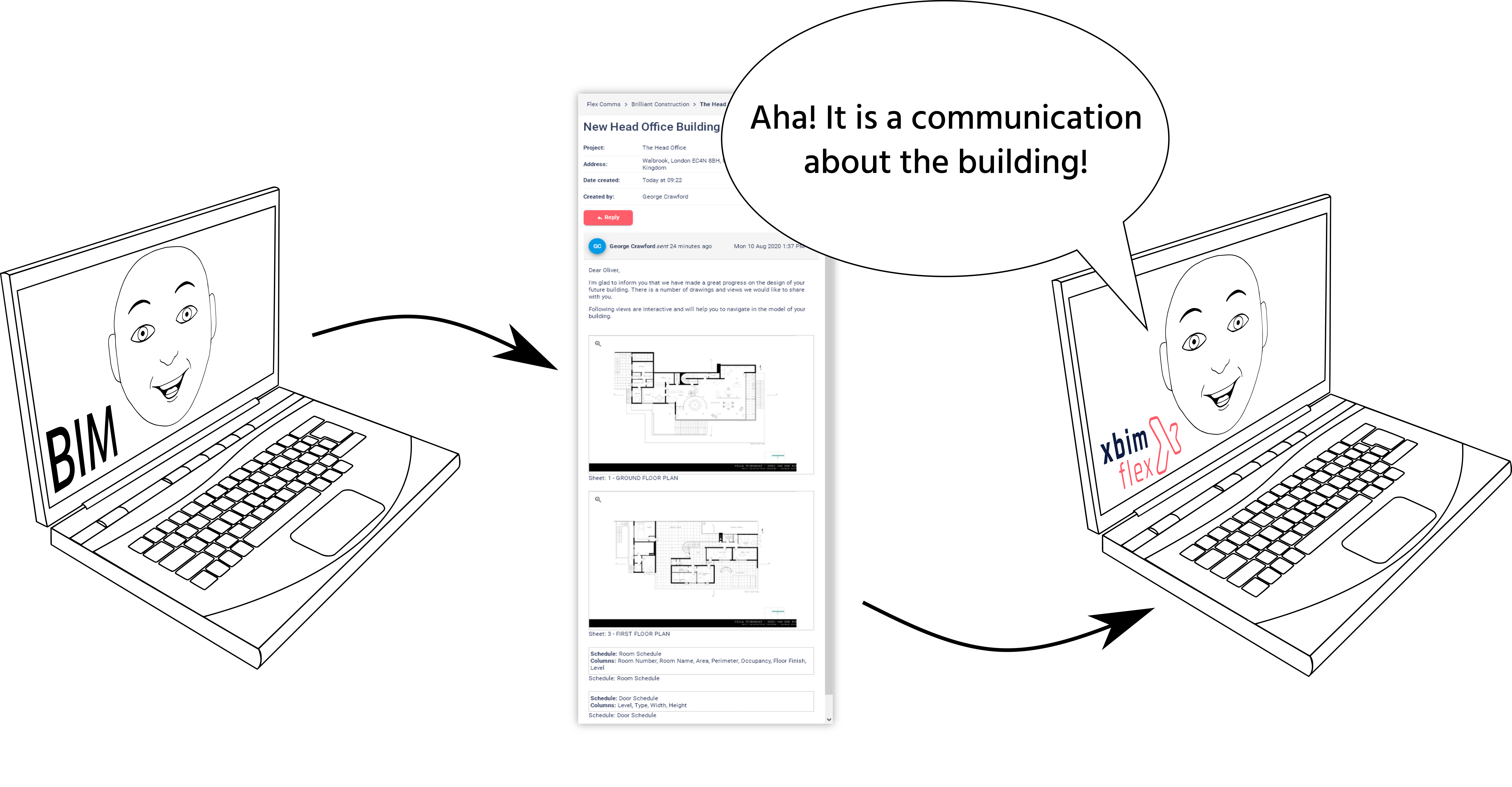